Humans or Computer, Who is Smarter?

Two top technology entrepreneurs Elon Musk and Jack Ma debated that who is more smart humans or computer? at the World Artificial Intelligence Conference 2019 held in Shanghai, China. The Musk and Ma debate on Human vs Computer is especially important in the backdrop of evaluating AI Risks and Rewards for the future.

Humans or Computer, Who is Smarter?

Elon Musk: By beating Champions in strategy games like Chess and GO Computers has proven to be much smarter on so many dimensions.

The conference was attended by scientists, scholars, and executives from 300 companies including Intel, Microsoft, IBM, and Qualcomm.

Who is more smart Humans or Computer? My Opinion

Computer Science is my field and Elon Musk one of my inspirations. However, here I beg to differ with both Elon Musk and Jack Ma. The computer has beaten human champions with help from other humans, which I do not consider a level playing field. Comparing Human with Computer is comparing Warrior with Weapon. A better analysis would be a comparison between the capabilities of two weapons or between competency of two warriors with using their weapons. Upon watching us in the 21st century, our 2000 years ago ancestors might be glad or concerned to the degree where they reject us as their continuity due to differences in looks, ways, and beliefs. Similarly, whether you like it or not, computer and its artificial intelligence, as a supporting tool, is a step in the evolution of human intelligent itself, not a separate thing. 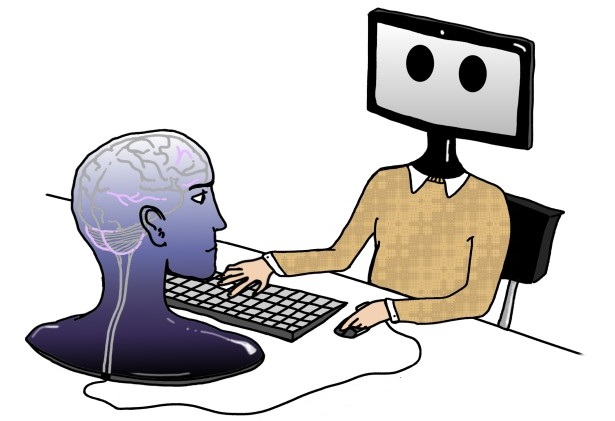 What is your opinion friends?

Previous What is EarthRise?
Next God of Spinoza is Nature